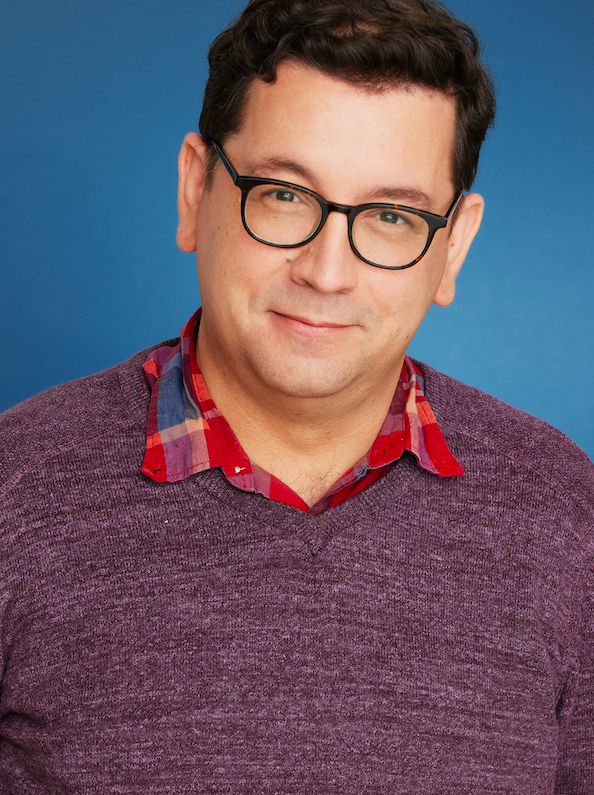 Joe Zarrow is an
Actor and Playwright.

Joe's new revengeless revenge tragedy Give Up the Ghost will be heard as a part of the Gift Theatre's In The Works reading series on September 19th. 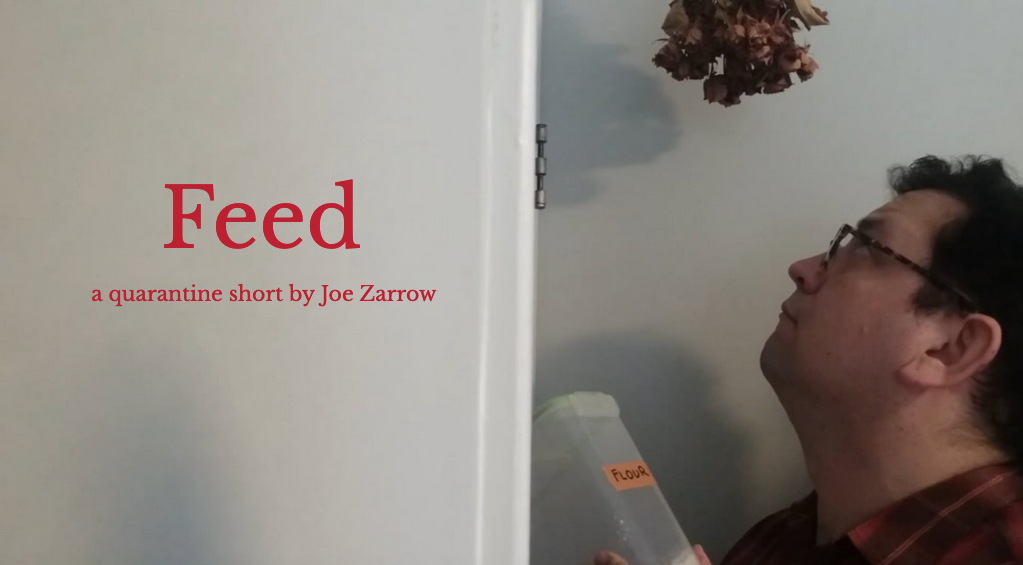 Joe's short quarantine film Feed, written, shot, and edited in one weekend at his home in Ann Arbor during the initial lockdown, was a finalist in the Without Precedent 48-Hour Film Festival and most recently an official selection in Haven Theater's Festival Au Cinema.

Joe's Hygiene, Colorado was a semifinalist for the 2022 Clubbed Thumb Biennial Commission. 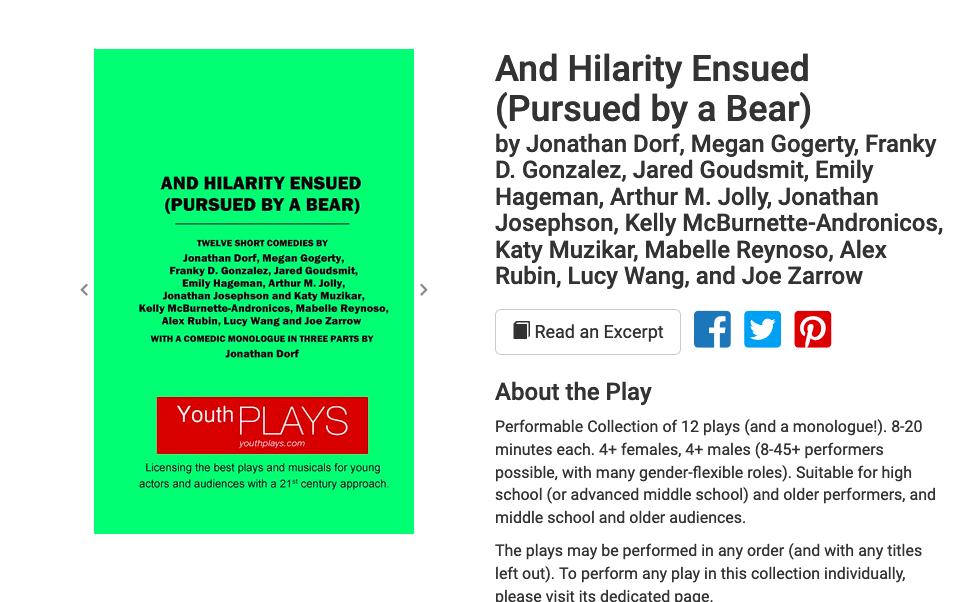 "Rondo à la Bongo", a three-character short comedy Joe wrote for young actors at Piven Theater, has been collected in the YouthPLAYS anthology And Hilarity Ensued (Pursued by a Bear). 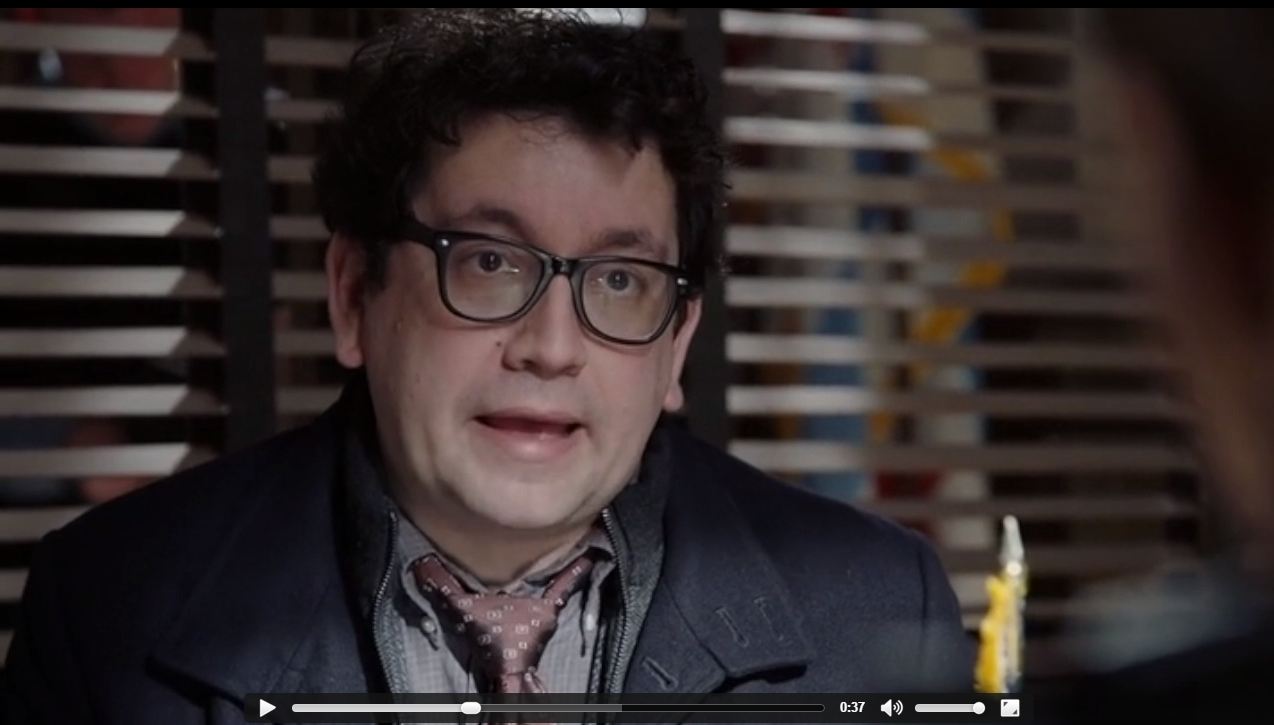 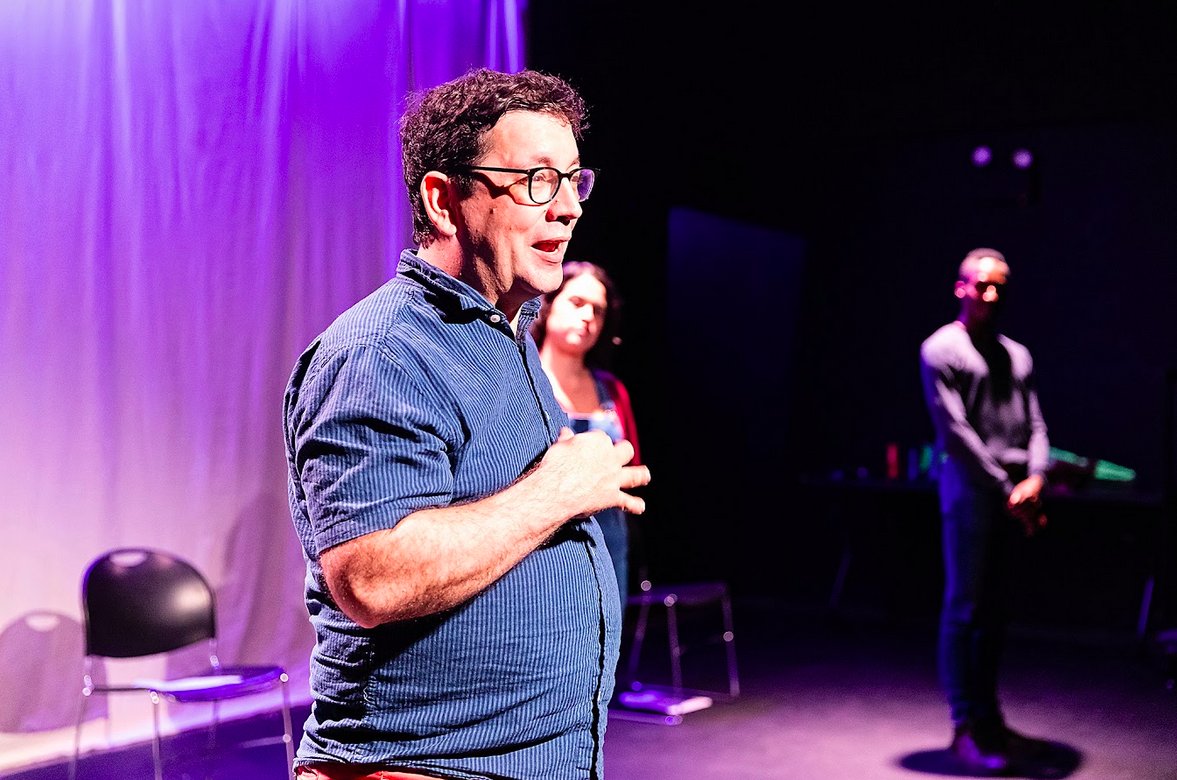 Joe was one of three storytellers who devised Remote with BoHo Theater Company. A story of pandemic life, it depicted (among other things) Joe's son's favorite lockdown pastime: teddy wrestling. 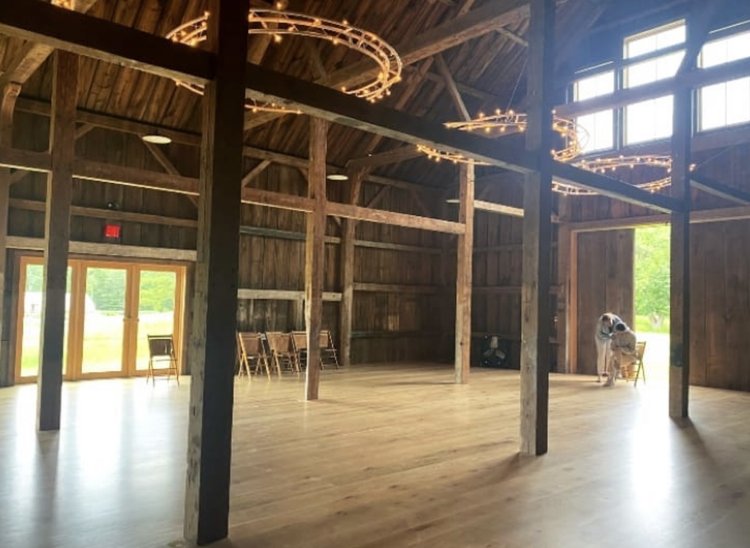 Joe's script Hellmouth, a neo-medieval pageant play about the 1980s Satanic Panic, was workshopped at Invulnerable Nothings' Barn Lab 2.0 in coastal Maine in May 2022. 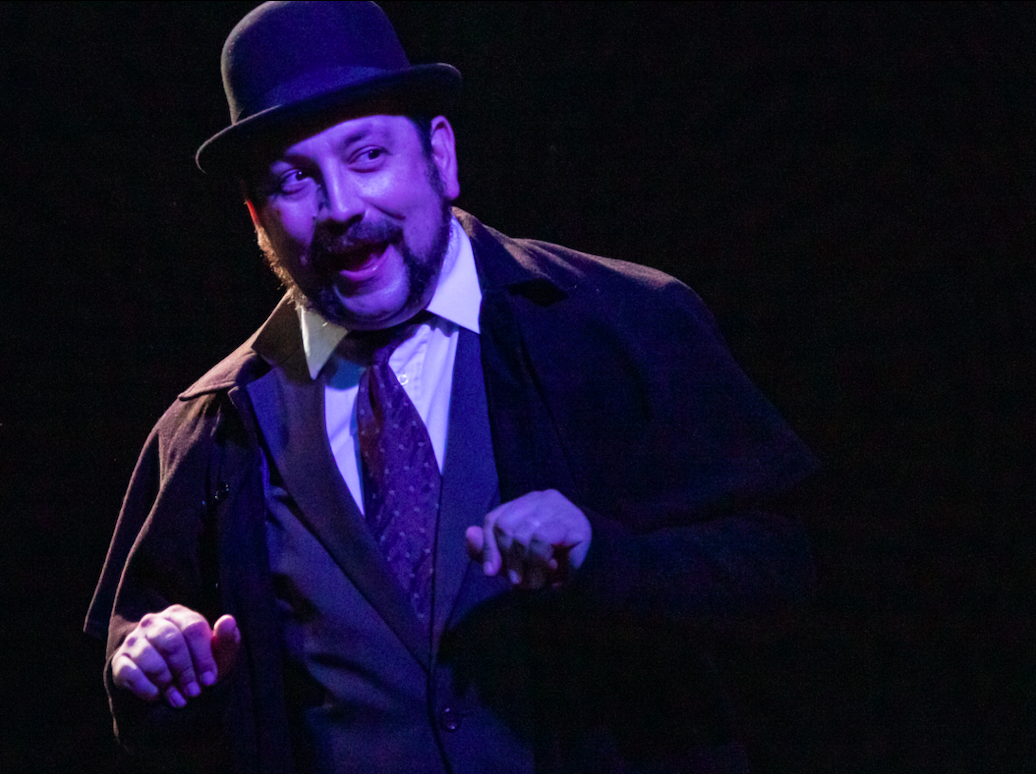 Joe won a Wilde Award for Best Lead Actor in a Play for his performance as Watson in Open Book Theater's production of The (curious case of) the Watson Intelligence. 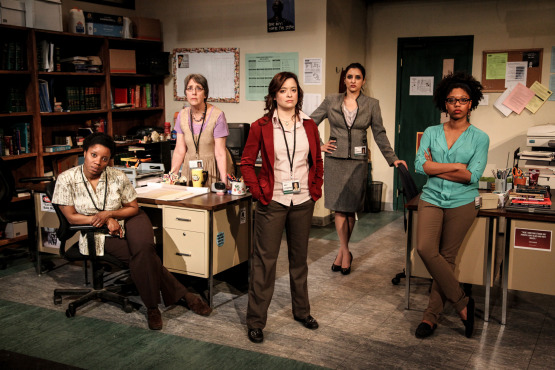 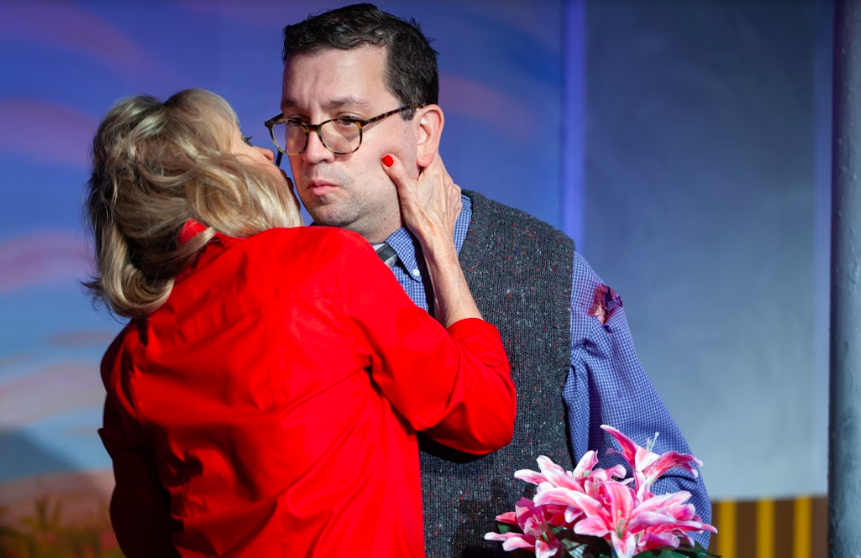 "Zarrow's all-in performance was, for me, the true standout." Jenn McKee, We Love Ann Arbor

The (curious case of the) Watson Intelligence 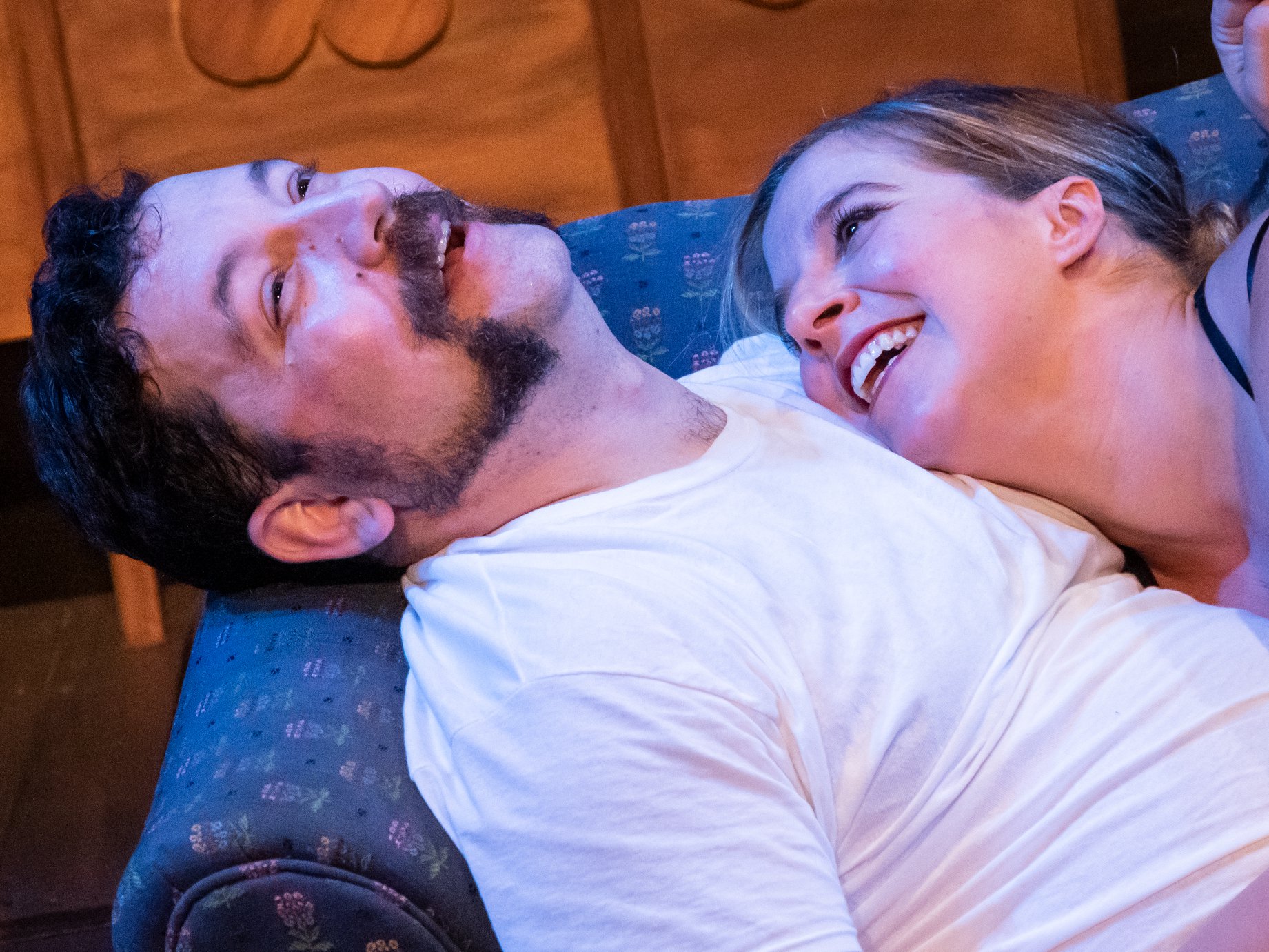 Winner, 2020 Wilde Award for Best Actor in a Play

"Mr. Zarrow does an excellent job of changing characters...Zarrow’s humanity in his role as artificial-intelligence guy is slightly eerie." David Kiley, Encore Michigan 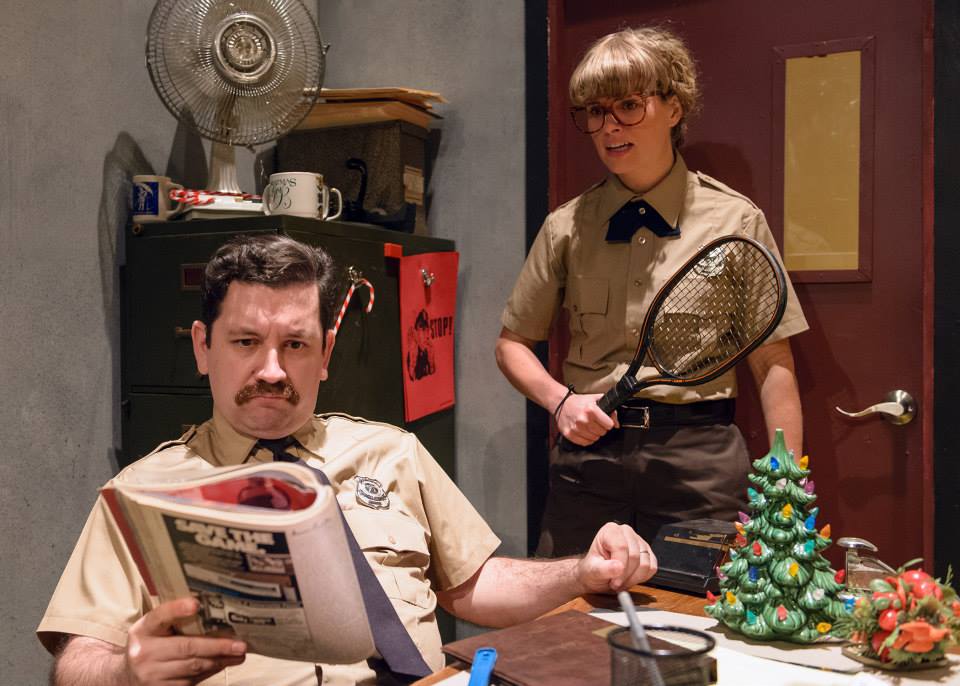 by the Debate Society

"The three who deserve the most praise are the trio at the center of the story: Cyd Blakewell, Gabriel Franken, and Joe Zarrow, playing three small-minded but well-meaning small-town cops, each of whom wants desperately to turn the story of a young girl dying of a mysterious disease at Christmas into a heartwarming made-for-TV movie." Jack Helbig, Chicago Reader (Recommended)

"It's a testament to Zarrow's standout performance that Alan never feels like a trope, conveying with gentle smiles and a few barbs what a mixed blessing his perfect memory can be." Allison Shoemaker, Time Out Chicago

"The real standouts however, are Amy Rubenstein (Jane) and Joe Zarrow (Alan). Their complexities are so strong and unique, we can't help but latch on." Sean Margaret Wagner, Windy City Times 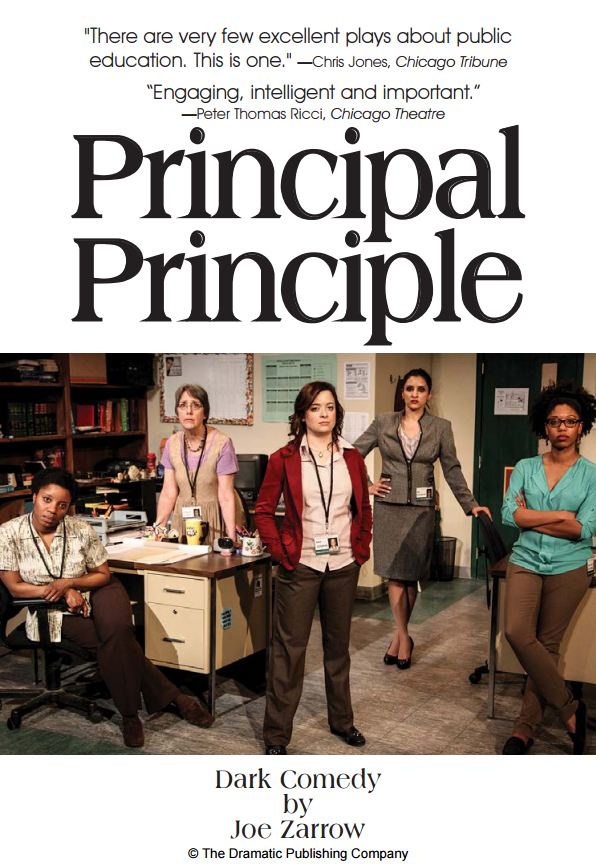 Read the script at Dramatic Publishing

If you are considering producing Principal Principle, please read this note about casting.

Armed only with her dreams of making the world a better place and six weeks of training, Kay Josephs quits her corporate job to teach English in an urban high school. She wakes up to harsh realities: the copy machine is broken, the system is broken, and the spirits of her fellow teachers are broken. Or are they? A dark comedy of academic intrigue.

"There are very few excellent plays about public education. This is one."
- Chris Jones, Chicago Tribune

"★★★★ This clear-eyed glimpse into the teachers' lounge makes hearty laughs part of an all too relevant lesson plan."
- Kris Vire, Time Out Chicago

"Former public school teacher Joe Zarrow achieves something remarkable...an entertaining play about education that re-creates all the quirks and craziness of modern education without lapsing into either cynical hopelessness or Hollywood-style superteacher fantasies. His dialogue feels authentic, and his characters are flawed but likable human beings, not mouthpieces for this or that ideology."
- Jack Helbig, Chicago Reader

The Retreat, or Whatevs 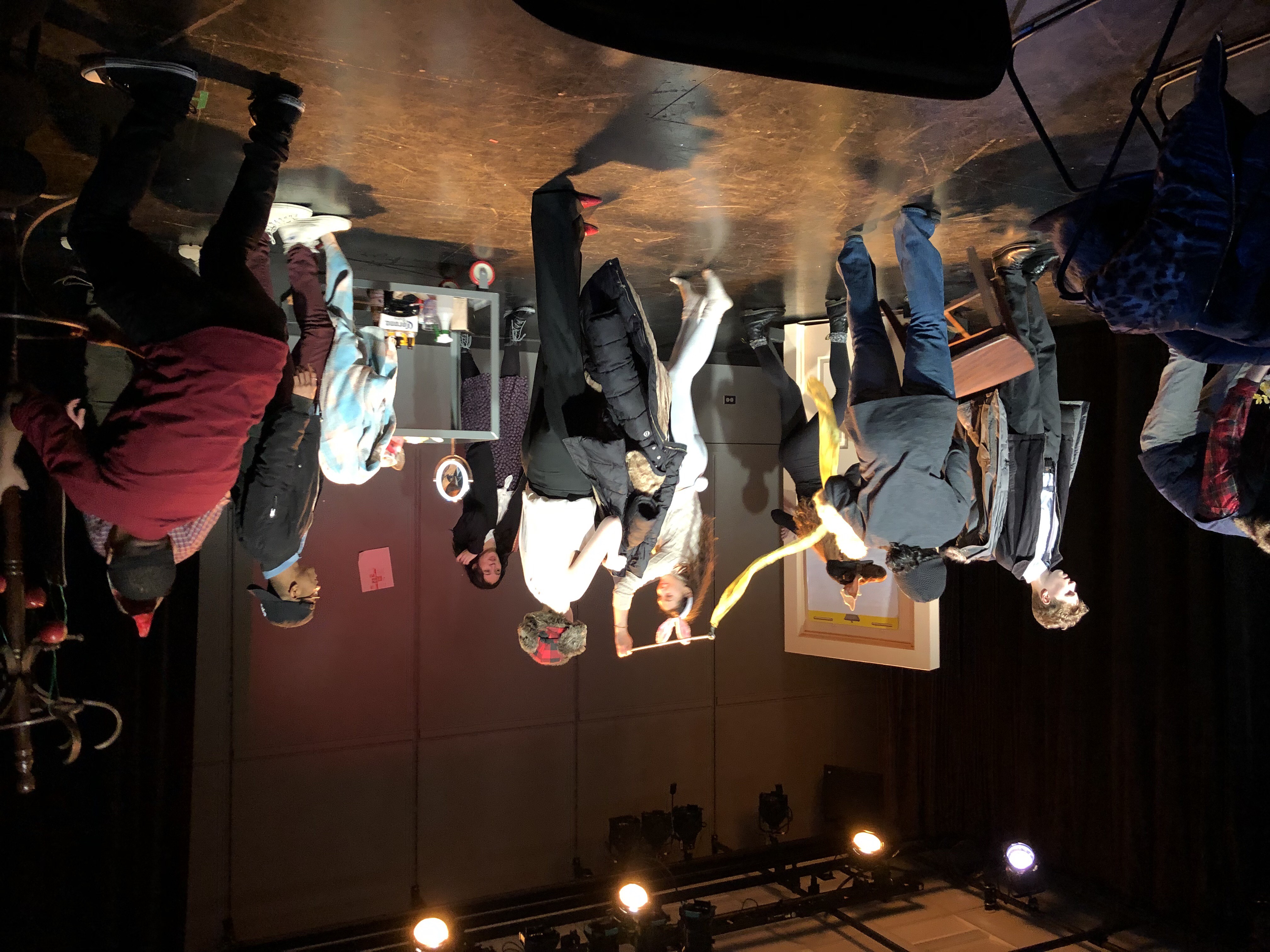 A Chicago-based nonprofit director disappeared to a retreat in rural Wisconsin months ago, and in his absence the board has started firing staff left and right. One by one, they run to the woods to find new identities, new purpose, and new love. A modern update of Shakespeare's As You Like It.

or, Actually it's a Play About Ethics in Superhero Journalism 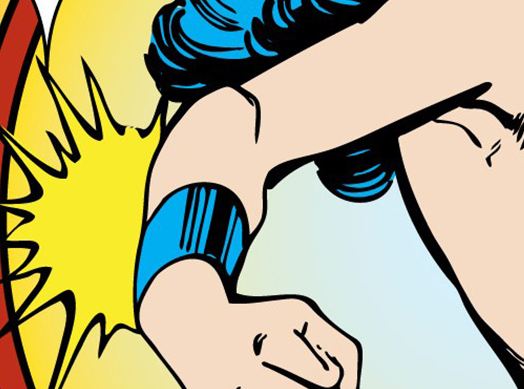 A beloved comic book superheroine is finally getting her own feature film, but some fans are very unhappy with the casting. A universe-hopping play about geek culture, race, and keeping your story straight. 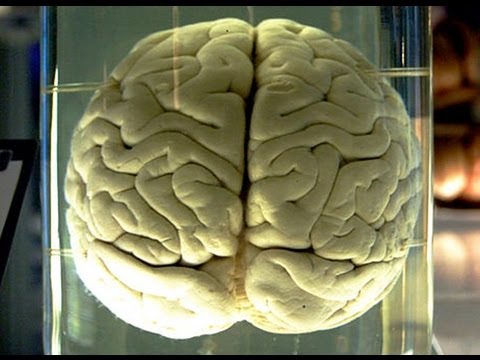 Domestic drone operator Boyd should be doing well: he has a loving wife, a supportive business partner, and a clean bill of health after a bout with cancer. Instead, he's so acutely desperate to escape his body that he turns to a mad scientist for help in this dark comedy about the mind-body problem. 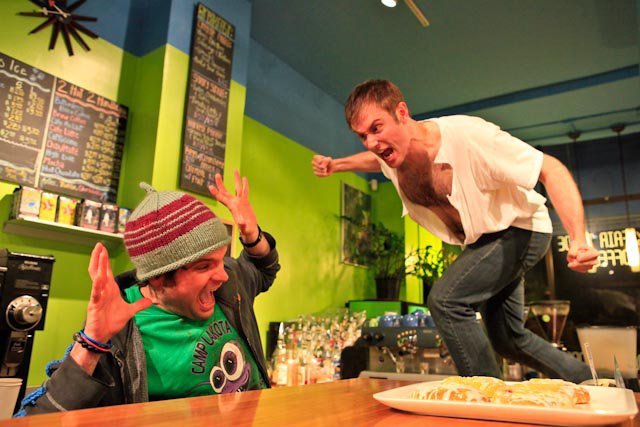 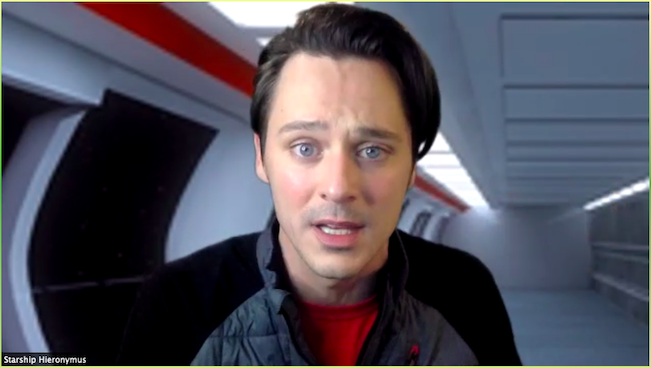 Captain Talosi attempts one last interstellar love connection as alien troops board the Starship Hieronymus. A monologue written to be performed via Zoom to an audience of one. 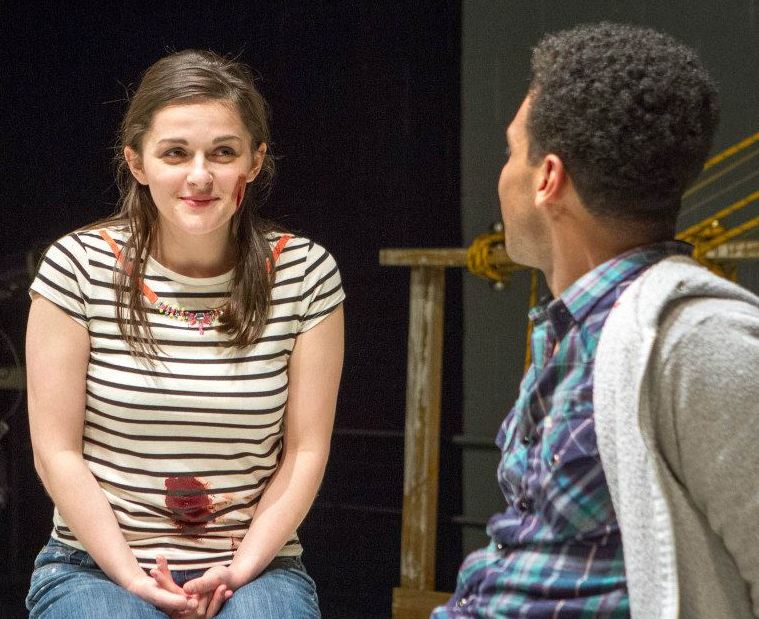 At a small town high school's active shooter drill, the backdrop of blank shots and bullet hole makeup inspires two teens and two adults to explore what is real in their world. Written for The Appetizer Plays speed playwriting festival. 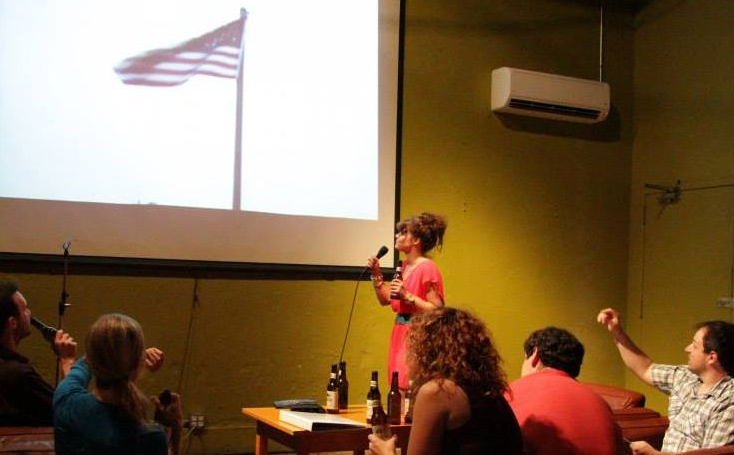 A science-fictional exploration of the transformational power of karaoke. Includes robots, pandas, and the Gettysburg Address. 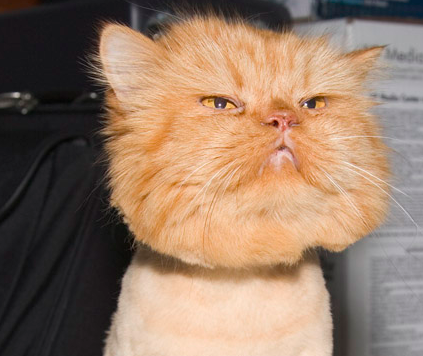 Sibling rivalry, a circle of vengeance-wreaking, and a cat named Bongo with an unfortunate haircut. A fun short play for young actors, commissioned for the Piven Theater Scene Study Class. 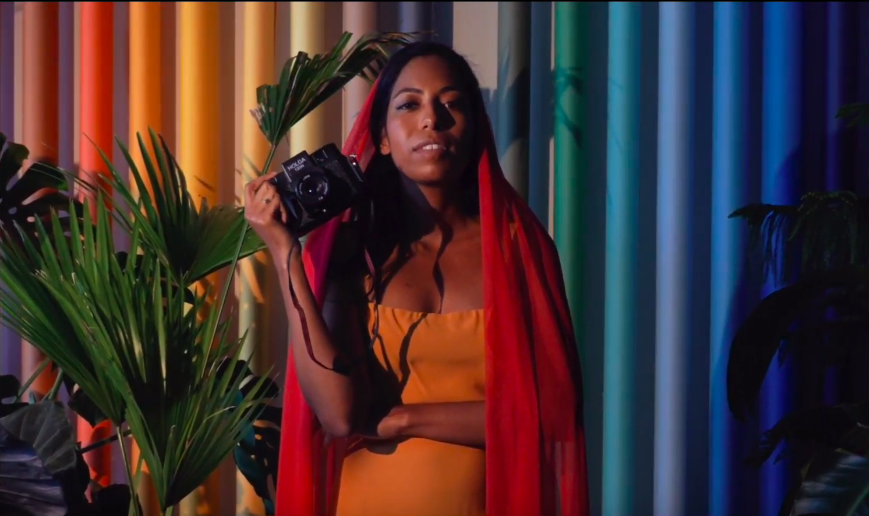 "Kodak Shirley" was the colloquial term for the models whose faces were used to calibrate color film printers. This time-hopping exploration of race and photographic technology was commissioned for Broken Nose Theater's Bechdel Fest. 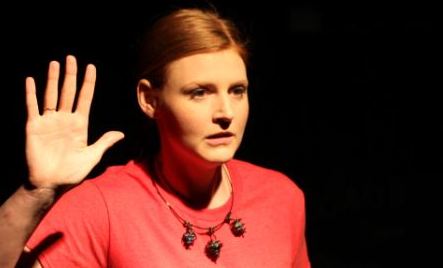 Jade is crushed that her D&D group is breaking up, but she convinces Kristin to hang around for one last very important dungeon crawl. Inspired by Radiohead's "Let Down," and commissioned for Tympanic Theater's Today We Escape festival. 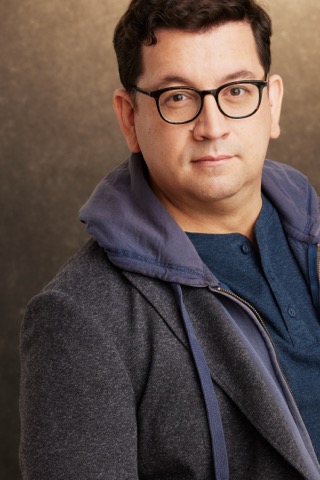 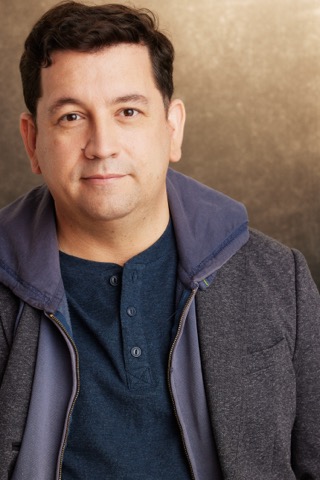 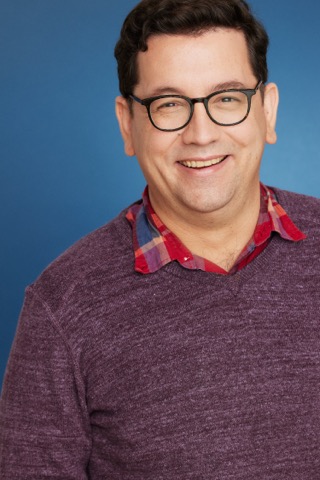 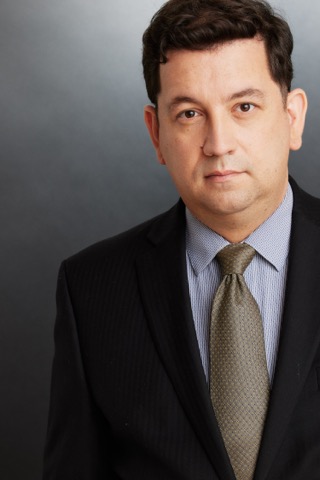 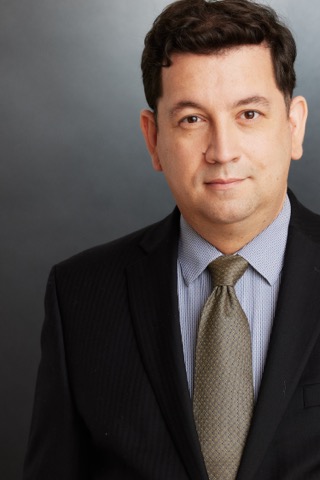 
What I'm into these days: